Open your social media feed or stroll through a bookstore at the airport and you will see an increasing number of articles and books on the power of gratitude. If you are active in the mindfulness space, there is plenty on gratefulness there as well. All challenge us to be thankful, as a way to transform how we think about our circumstances .

Rice farming this year was far from easy. Planting delays were followed by a cool summer and even hail in September. Just when harvest was finally fully underway the winds blew for days. It was a year most will remember for their entire farming life. Yet through all of the challenges and difficulties, I consistently heard comments of thankfulness from our farmers. Appreciation for new rice varieties that held their own against the season, for neighbors that jumped in to lend a hand and for the things that went right.

Just this weekend I participated in a Thanksgiving event for the underserved in Assembly Member Cooper’s district. I always have two emotions at these types of things. First, it’s hard to face the reality and scope of the need in our community. It is at times overwhelming. I leave humbled, however, when I see the thanks for what is provided rather than disappointment over what is lacking.

On the surface, it has not been a great year for our family. Illness and relationship strains have been a part of nearly every day. One morning with both my daughter and wife sick in bed, the dog got bit by a rattlesnake! At times, life was a more than a little like a country song at our house. Upon reflection though, there is much to be grateful for. A father-in-law who stepped in and managed the vineyard. A son who worked nearly every weekend here at the ranch. Great co-workers who lent a hand without my asking.

Circumstances are not, it turns out, the things I am thankful for this year. Rather it is the provisions in times of struggle and the help of those around me. So for a moment, the challenges fade and are replaced by gratitude not for what I have but for what has been given. 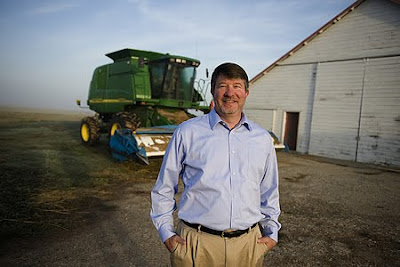